What do you search for when no one is looking? This is the question Ask.com wanted to expose in its 2013 Online Consumer Search Habits study. What they found out was nearly two-thirds of Americans said they’ve had something to hide with past online searches, with the majority being men and young adults.

But what are they hiding, and who are they hiding it from? Research revealed medical conditions were among the top-secret searches, and spouses, adult family members, friends, children, and work colleagues were those left in the dark. 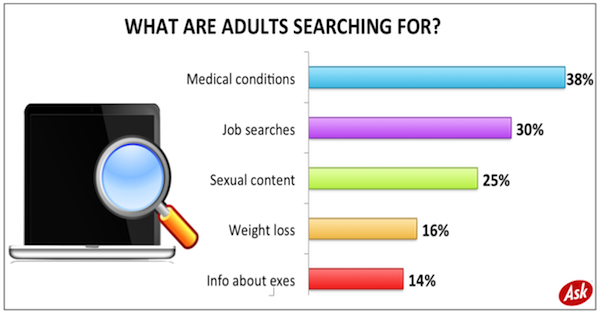 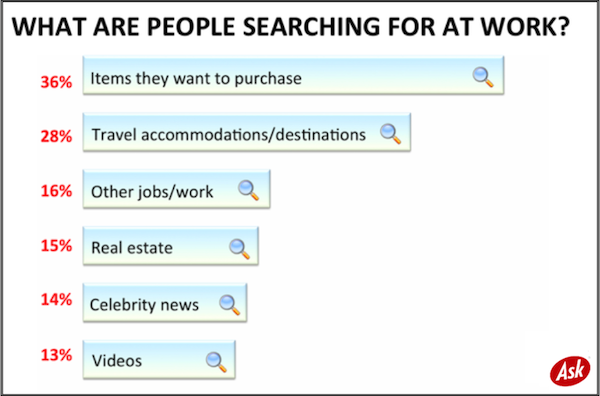 But the workplace isn’t the only location people occupy themselves with online searches. Among mobile phone users, 28 percent browsed the web while on the toilet, and one in 10 admitted to a search while driving.

In a similar study conducted by Pew Research earlier this year, data showed 56 percent of respondents searched for their name online to see what information might surface about them.

Of those surveyed, adults under the age of 50 and those with higher levels of education and household income were among the most likely to self-search.