The Continued Collision of Big Data with Mobile & Local 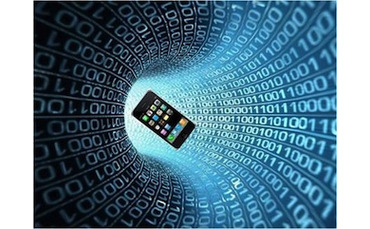 Tracking search ads’ influence on offline conversions has always been contentious. We’ve relied on clicks for years as a sort of proxy, and we’re moving toward things like phone calls and even offline transactions to close the loop (the impetus for Google Wallet).

Beyond just search, tracking advertising ROI goes back centuries, captured most famously in John Wanamaker’s well-worn quote. Today, digital media is trackable of course – but only 7 percent of U.S. retail spending happens online. The rest is offline, albeit influenced online.

So tracking that online-offline gap is the name of the game. Mobile payments, coupons, and the closed loop concept mentioned above are promising, but underdeveloped. They’re also fragmented between lots of offerings and standards (NFC, bar codes, Bluetooth, etc.).

In the meantime, we’re seeing lots of other interesting technologies bubble up to better track the offline effectiveness of online and mobile ads like search. We’re even seeing innovation in offline conversion tracking from analog media like billboards.

This all gains steam as the age of mobile collides with the age of big data. Location signals and offline behavioral tracking become that much more compelling when we’re all searching and discovering on a device that stays with us wherever we go in the real world.

Google is jumping on board with its “Estimated Local Conversions” tool in AdWords. It will track post-search behavior of signed-in Google mobile users. The goal is to then extrapolate findings to the larger population to approximate campaign success.

But it certainly isn’t the first to go down this road. Verve Mobile’s Foot Traffic Index likewise measures offline behavior post ad exposure (albeit more display based) to derive campaign effectiveness. The company describes it as follows:

The Foot Traffic Index is a proprietary method of measuring the effectiveness of a mobile campaign to drive foot traffic for an advertiser using location data to identify whether a campaign drove traffic into retail locations. Our FTI methodology consists of comparing the behavior of a control group of users to the population of users exposed to /engaged with an ad. Those users who were not previously exposed to an ad but visited an advertiser’s store location /product retailer are used as the control group. The comparison between the FTI of the control group and that of the users who viewed / engaged with the ad, provides the lift in foot traffic to store locations following exposure to the ad.

Even Facebook and Twitter are playing in this space as they nail down business models to compete with search ads. In partnership with Datalogix and others, they’re extrapolating ad effectiveness using samples of users exposed to ads and subsequent offline activity.

Many of these programs are effective because they’re tied in with an ad network. But could that also be a downside in its perceived conflict of interest? In other words, is the data questionable when ad companies have a vested interest in reporting higher performance?

Answering the credibility question are a handful of third parties like Placed and Nielsen. These players administer opt-in panels of mobile users whose ad exposures and subsequent physical world behavior are tracked. Pattern analysis and ad effectiveness are the endgame.

Ultimately, technologies like mobile payments and in-store engagement loom large – but more so in potential than in today’s reality. Until they materialize in earnest, the different flavors of offline performance tracking outlined above will provide a vital bridge.

What are sitelinks and how can I get them?
Ask Jeeves Introduces Famous People Search