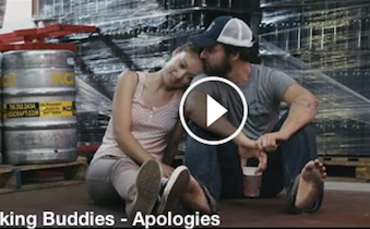 Indie film distributor Magnolia Pictures’ goal was to expose people to their movies and ultimately drive users to view those films.

For these Facebook campaigns, Magnolia cared most about video views. Magnolia wanted people to see their movie trailers so they invested promoted posts in the news feed, targeting ads to both mobile and desktop users. Here’s what the “Drinking Buddies” ad looked like:

The company planned to gauge success by looking at metrics such as cost-per-view and click-through rate, as well as also seeing how the ads were received by assessing comments, especially keeping an eye out if people mentioned going to see the movie.

In the past, Magnolia focused their Facebook advertising efforts on fan acquisition and increasing the number of Likes. But Andrew McGraime, Magnolia’s head of interactive marketing, found getting views of their video content resulted in a more efficient return on investment of its advertising budget. After some testing, Magnolia gave up cost-per-click based ads once they discovered Facebook Optimized CPM (OCPM) performed better.

“The premise is you can tell Facebook what results you’re looking for – in Magnolia’s case it’s ‘we want people to view our video trailer,’” said Richard Sim, Facebook product marketing manager for performance. “Using OCPM or optimized delivery, they can set a target bid for their video views and Facebook will deliver the ad impression to users who are most likely to view that video.”

For a movie like “Blackfish,” an advertiser might want to target a certain age group, maybe 20-35, who lives in certain locations, maybe near a Sea World, Sim explained. You could also target for that film could by looking at any of hundreds of other likes and interests (e.g., people who like documentary films, are animal activists, or tend to watch videos), and branch out even further to include a more liberal demographic, such as Barack Obama supporters or people who shop at Whole Foods Market.

“I wasn’t sure how [targeting women who like craft beer] would align,” he said. “That worked out really well. Facebook is about the only place I’d be able to do that.”

Magnolia reports great success. As Sim put it: “Magnolia was really able to blow out their expectations.”

Video plays for “Drinking Buddies” totaled 620,000, with a CTR of 6.33 percent. The film is also a hit on iTunes. It was the top independent movie and since then has remained in the top 25 for 10 weeks (as of this writing it’s ranking in 15th place).

Video plays for “Blackfish” totaled 1.35 million and had an average CTR of 10.8 percent. The movie grossed almost $2 million in the box office.

McGraime said they did some small, targeted buys elsewhere, such as homepage banners and takeovers, but that advertising wasn’t nearly as efficient as what they found with Facebook OCPM.

Whether your want a Facebook user to view a video, buy a product, install a mobile app, or Like your page, Sim offered a few tips for Facebook advertising success:

McGraime added one additional Facebook advertising tip: make sure your target audience is fairly large, but still relevant, by adding more interests. Optimized CPM will find the right audience for you, McGraime said.

“If the audience is too small you might leave out groups that might perform well, not letting the system find them,” he said. “Before I would do no more than 5 to 6 million. The results got a lot better once we got it to over 10 million.”

How to find copyright free images with Google Image Search and other resources
ZapMeta: A Promising New Meta Search Engine