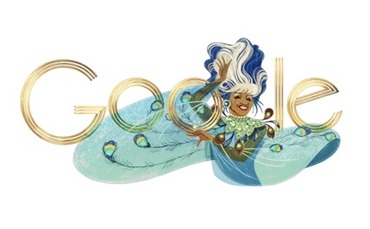 Google pays homage today to Celia Cruz, a Cuban-American entertainer who reigned as the “Salsa Queen” to adoring fans worldwide. A singer and dancer, Cruz made many gold albums and won several Grammy Awards during her time as an entertainer. She died at the age of 77 in 2003.

Cruz grew up in Cuba but moved to the United States, where she resided in New Jersey for the majority of her life. Cruz was reportedly interested in singing at an early age, but her father wanted her to stay in school to become a teacher.

However, Cruz had different plans. In her twenties, she joined a Cuban orchestra as their lead singer. “Café con Leche” was the name of the group that made Cruz famous. Under this name, she and her team of musicians toured for many years.

Cruz performed her entire life and said of retirement: “It is absolute death, and I’m not talking about artists, because some performers change the focus of their career … I believe inactivity is a cancer in the soul… I’ve always thought that I’ll retire when God takes away my abilities… like Miguelito Valdez, I want to bid farewell to life while on stage.”

Today on her birthday, the official site for Celia Cruz is opening up the stage to her fans, asking them to post a photo, video or message on social media using the hashtag #dearcelia.