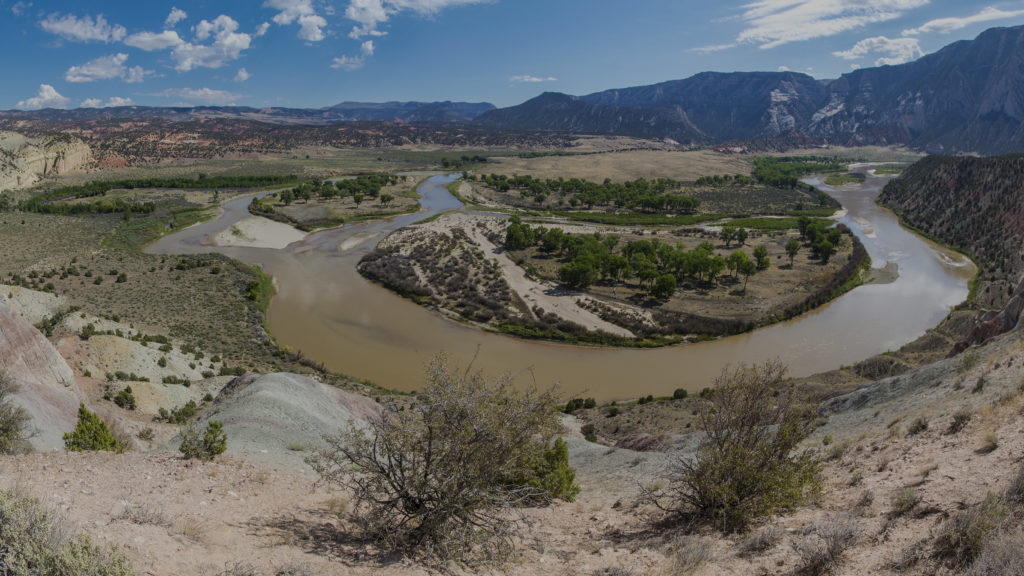 Explore over 210,000 acres of Dinosaur National Monument, where you can inspect fossils and see spectacular canyon country scenery.

Dinosaurs abound at Dinosaur National Monument, where over 1,500 bones are still encased in rock in Quarry Exhibit Hall. In 1909, paleontologist Earl Douglass discovered eight dinosaur bones in a sandstone hill in the Utah desert – beginning the Carnegie Fossil Quarry that achieved worldwide fame as one of the most ecologically complete assemblage of Late Jurassic dinosaurs. Today, visitors can see the remains of numerous species of dinosaurs, and even touch fossils that are 149 million years old.

The monument also preserves cultural histories that dates back 10,000 years. Petroglyphs and pictographs provide evidence that many groups made this arid land their home, including the Fremont Indians and the Ute and Shoshone, who still reside in the area today. After early 18th century Spanish exploration, settlers from Europe and eastern states left their mark on the landscape with their homesteads in the 19th century, the remains of which can still be seen today.