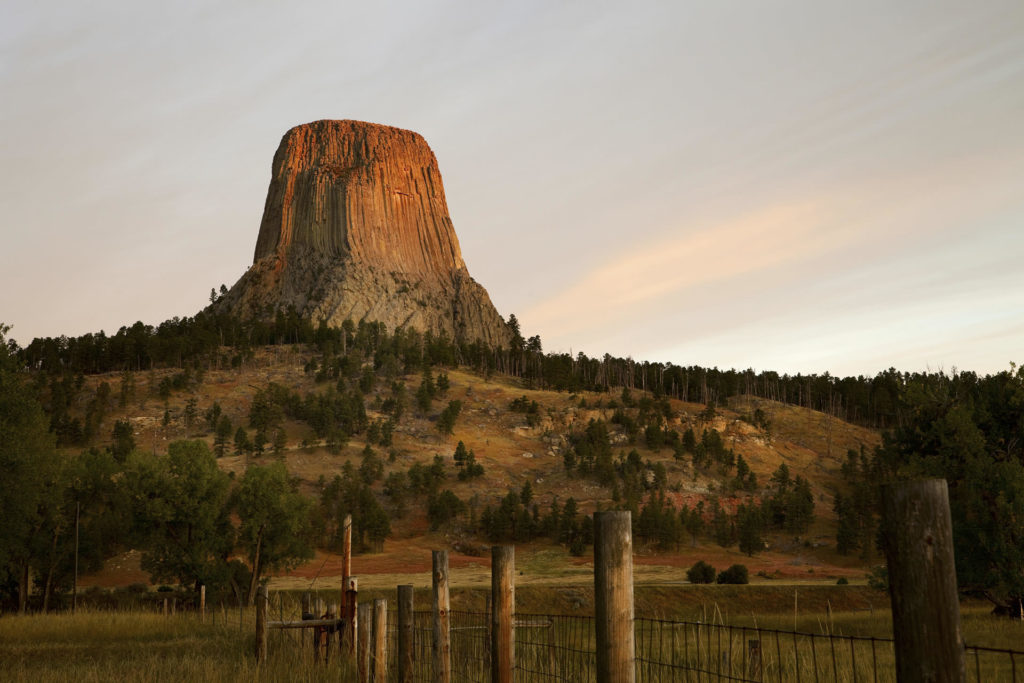 Close Encounters of the Third Kind made Devils Tower a pop culture phenomenon, and for good reason, as it’s one of the most mysterious national parks.

Rising 1,267 feet above the Belle Fourche River, Devils Tower has long been a beacon, attracting people and capturing their imaginations since prehistoric times. Today, it continues to hold many meanings for people including American Indians, local ranchers, rock climbers, and thousands of visitors.