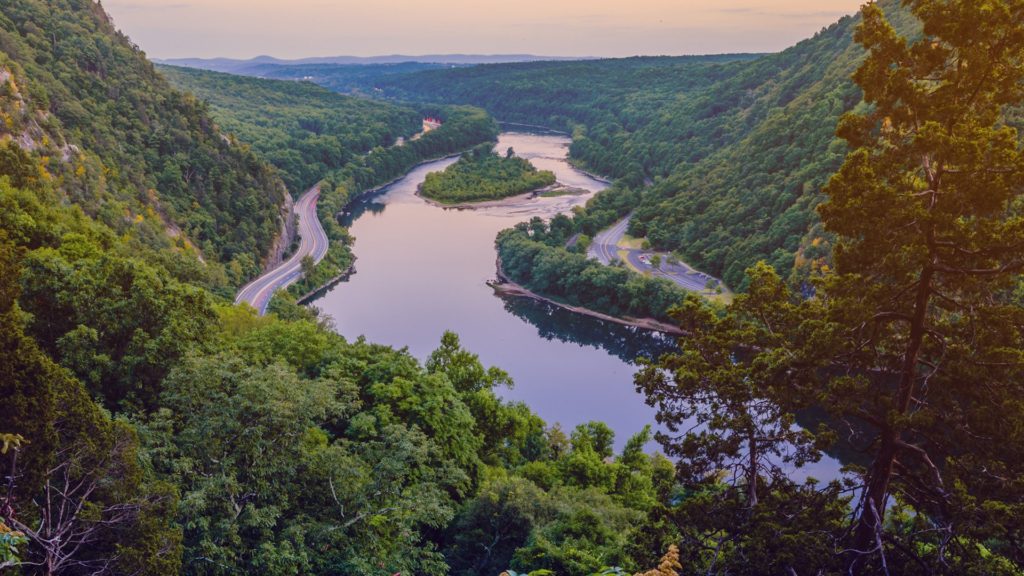 Exiting the park, the river will run 200 miles more to Delaware Bay and the Atlantic Ocean at Wilmington, Delaware. Though set aside as an area for outdoor recreation, the land of this park is rich in history.

The park encompasses significant Native American archaeological sites, and several sites have been investigated. A number of structures also remain from early Dutch settlement and the colonial contact period. The entire region was a frontier of the French and Indian War. Historic rural villages from the 18th and 19th centuries remain intact on the New Jersey side, and landscapes of past settlements are scattered throughout the park.

In the 19th century, the village of Delaware Water Gap was a focus of the early resort industry fostered by the railroads. Even today the region is known for its vacation appeal.