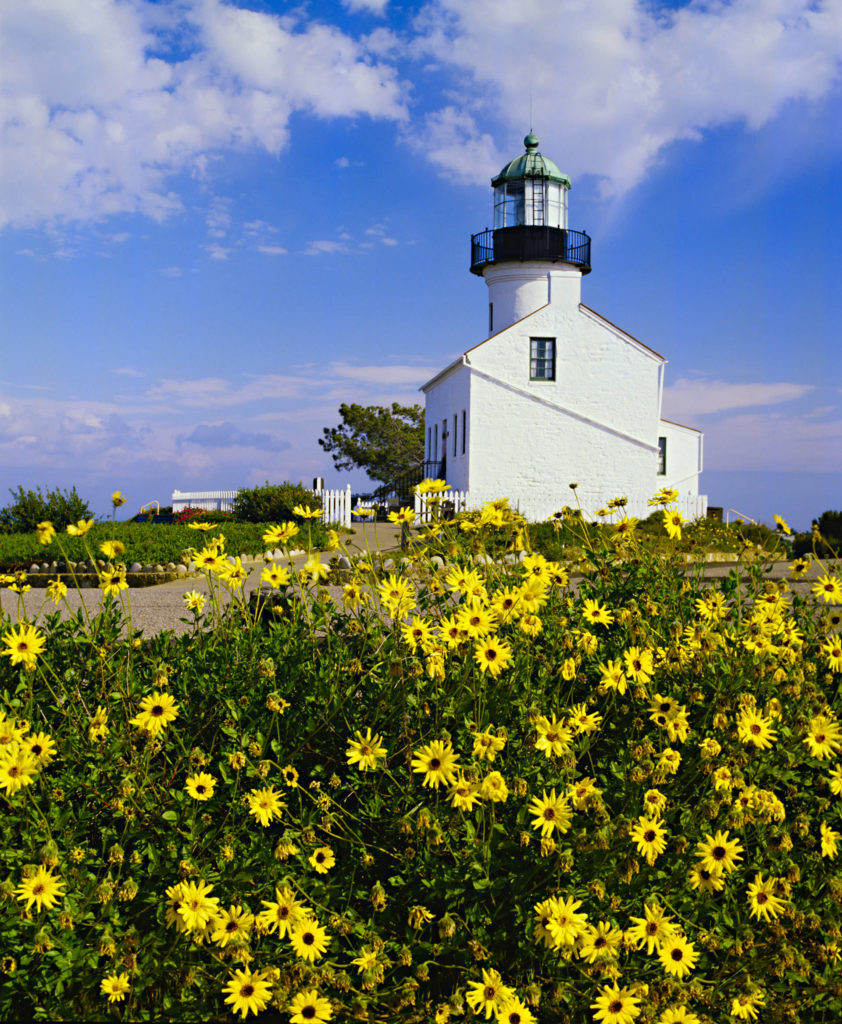 As for the history of this remarkable monument: On September 28, 1542, Juan Rodriguez Cabrillo landed at San Diego Bay. This event marked the first time that a European expedition had set foot on what later became the west coast of the United States. His accomplishments were memorialized on October 14, 1913 with the establishment of Cabrillo National Monument. A statue and museum in the Visitor Center commemorate Juan Rodriguez Cabrillo’s exploration of the coast of California.

In a former army building an exhibit tells the story of the coast artillery on Point Loma. In the winter, migrating gray whales can be seen off the coast. Native coastal sage scrub habitat along the Bayside Trail offers a quiet place to reflect and relax. On the west side of the park is a small but beautiful stretch of rocky-intertidal coastline.